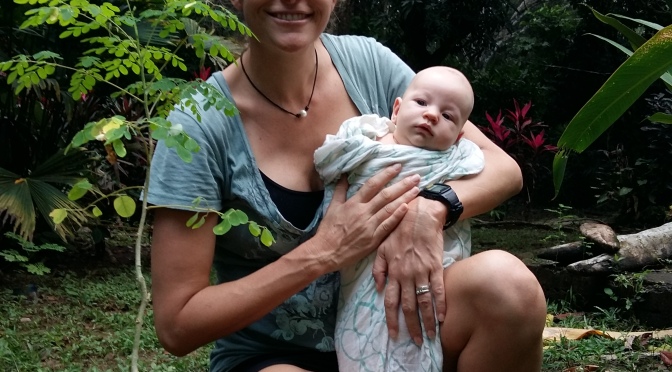 According to our midwife, the placenta that nourished my little guy for 41.5 weeks was something special. Of course all placentas are miraculous, and I haven’t seen enough to know the difference, but our midwife was weighing it, and exclaiming over it’s large size.

Luna was born in a hospital so her placenta was thrown out, or burned, or whatever hospitals do with that sort of thing. This time around, we kept it wrapped up in a tortilla bag in the freezer at the birth house. A couple of weeks later it traveled in a cooler on a two day drive down to our home in Pavones where it was shoved into our freezer there and mostly forgotten.

A month later as we were cleaning up and preparing to leave our Costa Rican home for 5 months, Kim found it in the freezer. The time had come to do something with it!

I’ve read about other women eating their placentas as animals do. When I was pregnant with Luna I did some research on this. While some people claim there are health benefits, scientific research hasn’t found any. Animals eat their placentas to eliminate stinky evidence of birth that would attract predators. So while some of the natural doulas that I follow on Instagram advocate for placenta encapsulation (drying and grinding the placenta into capsules that can be taken like a vitamin), I decided it wasn’t necessary and opted to add it to the earth.

We planted it under a moringa tree (superfood tree whose leaves definitely aid in milk production, and also have the highest protein content of any plant), along with a fish that was also left over in the freezer. 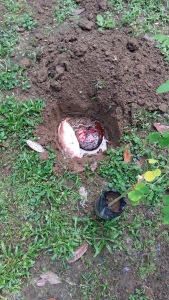 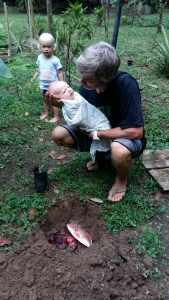 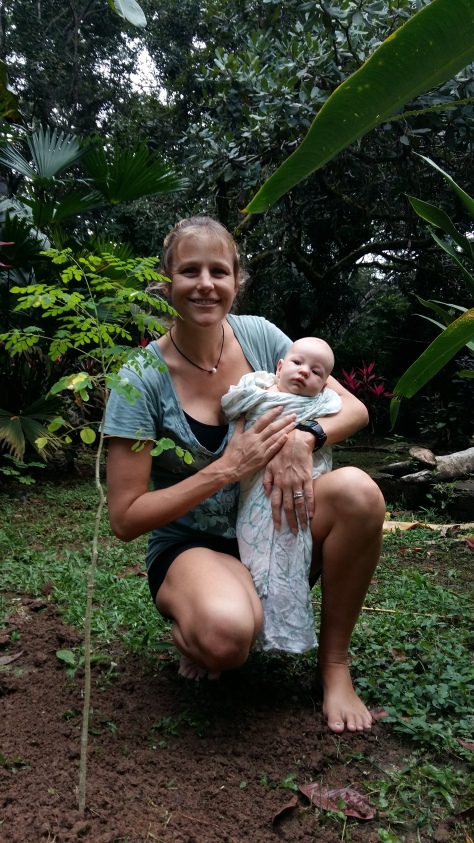 One thought on “Planting the Placenta”