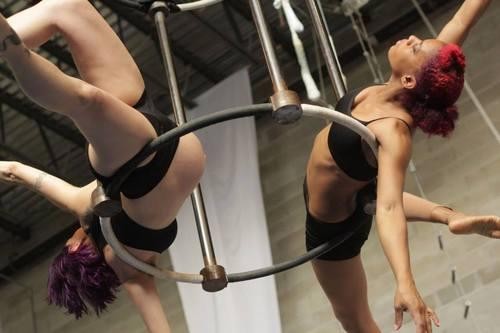 I came across a feature on a pregnant acrobat who continued to fly on the trapeze late into her pregnancy. Since I’m not an acrobat, what she’s doing looks as crazy to me as I’m sure my pregnant surfing footage looks to a non-surfer.

Just like I did, the acrobat – Michelle Arvin from NY – received a lot of negative comments when her photos were published. I applaud her as one more example of a strong woman, in touch with her body, who refuses to lay on the couch just because she happens to be with child. 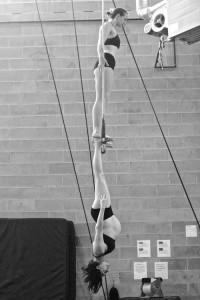