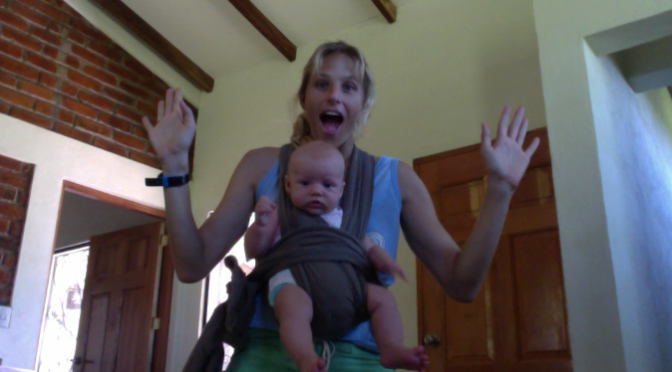 I vowed to follow attachment parenting and baby wearing. At first it was so easy. I never wanted to put my little one down. But by the second month, too many things had piled up that I just couldn’t do one-handed. Once Luna could hold her head up, she was happy to come along on whatever mission I was tackling, but as she gets heavier, it’s hard to hold her and feed the dogs, or fold the laundry, etc.

I purchased The Blue Celery carrier before she was born and was then gifted a few other carriers including an Ergo. When she was really little, I liked the Blue Celery because the fabric is soft and stretchy. When she was about a week old, I used it to keep her attached to me while I ate. At three weeks it was our favorite beach walk carrier. 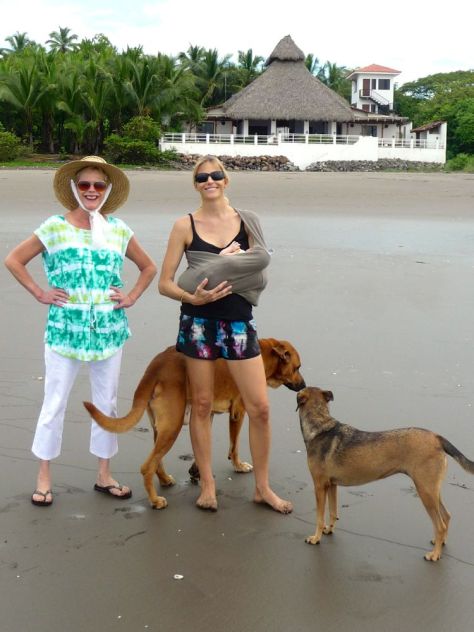 By 5 weeks old, I switched over to a carrier that my sister gave me because it seemed to hold her more upright and had a long piece that could be used as a sun shade. 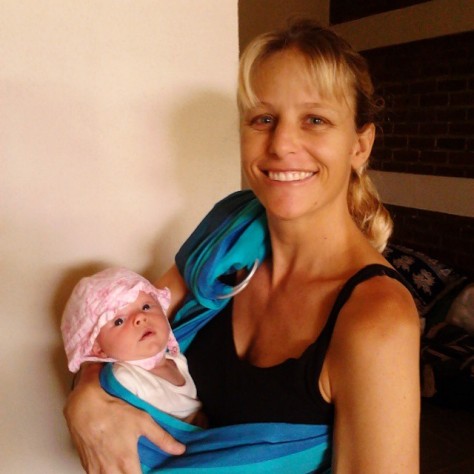 But now that she’s 3 months old, she wants to be looking outwards and interacting with the world. Once again the Blue Celery works great!